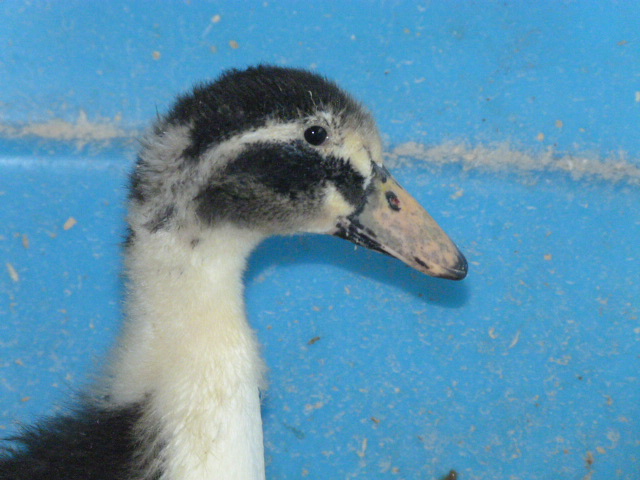 Above is a good example of the head and neck pattern caused by the fixed pattern white gene, with minimal expression of the pinto gene. 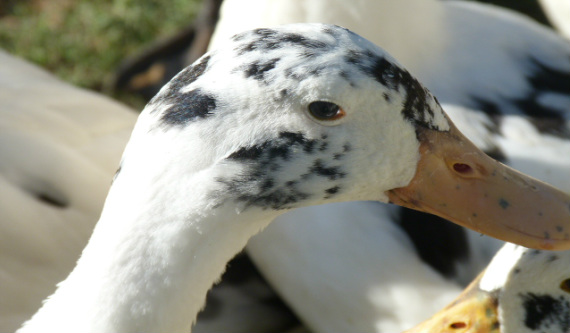 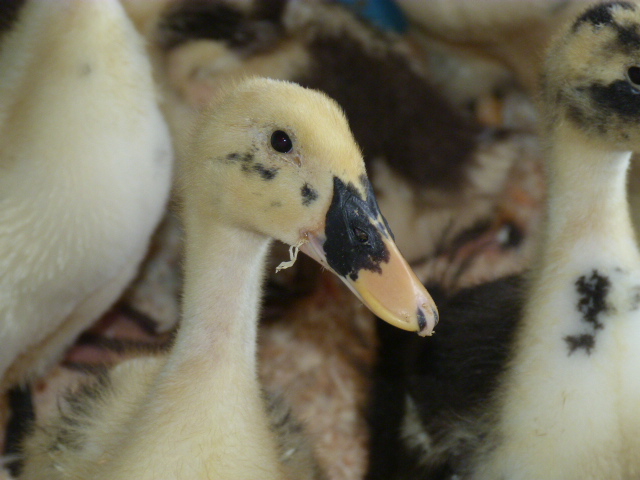 Above: This duckling above shows the under the eye marking that usually remains from the fixed pattern even with heavy expression of the pinto gene.  Thus, you sometimes see Ancona described as having a line under their eye. 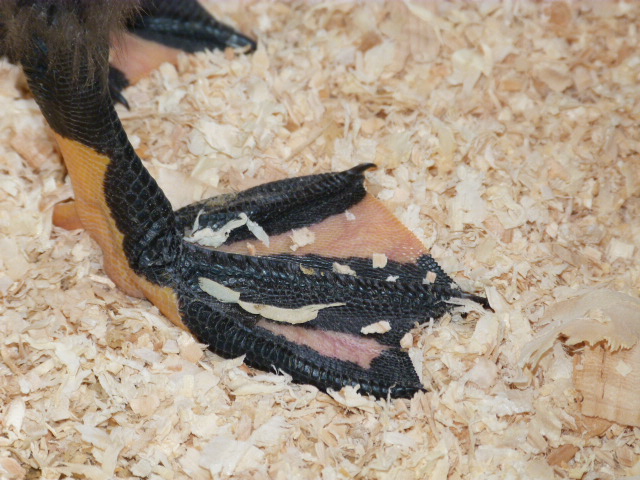 Above: Ancona feet are orange with markings that increase with age.  This is the foot of 4 or 5 week old duckling. 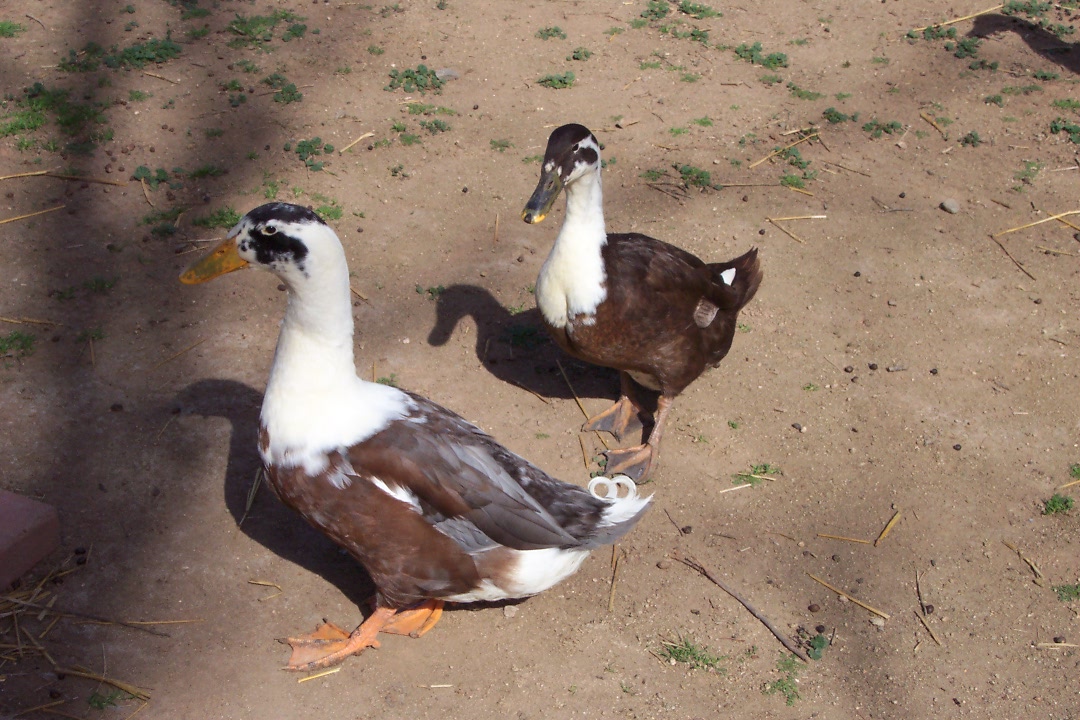 Above: The drake in the foreground is a lavender leaking chocolate, whereas the hen in the background is a chocolate. Both are good examples of the fixed  pattern with minimal expression of the random pinto pattern.  Note the curled tail feathers which are present only on mature drakes (males). Below: This same pair produced 1 black (not visible in photo), 1 blue, 2 chocolate and 2 light brown appearing which I presume were lavender (wish I'd taken pictures of them grown up). 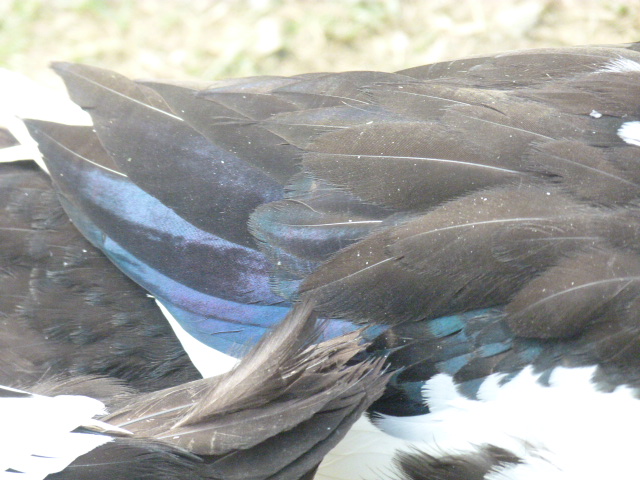 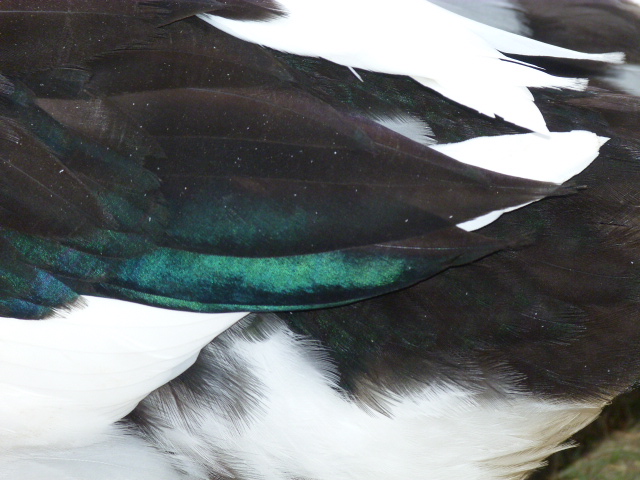 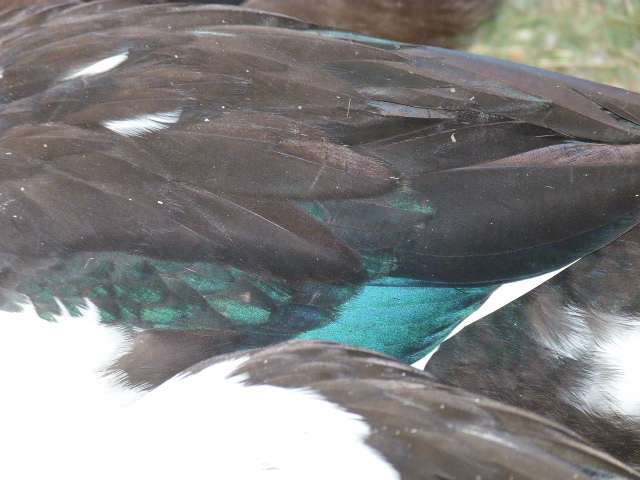 The 3 photos immediately above are all examples of green-blue metallic sheen.  All are on wings. 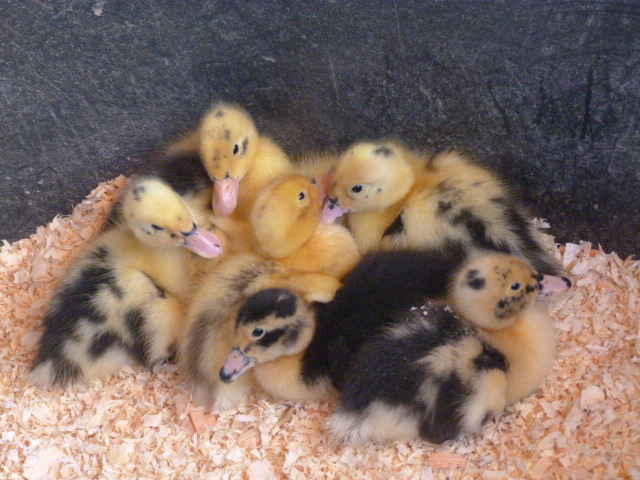 Very young Ancona ducklings.  One chocolate and the rest black. 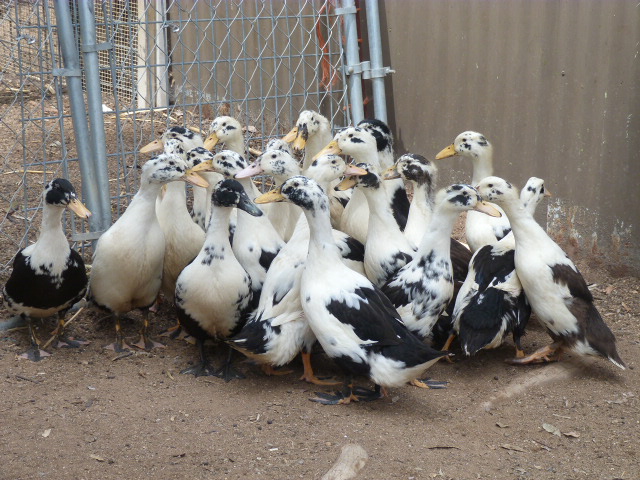 Above: Ancona ducklings in their second month.  Most have heavy expression of the pinto gene, making each one unique.  Most of these are black, but there are a few chocolates in the bunch, including the one on the far right.

I love the temperament of the Ancona.  They are calm, even as small ducklings.  Anconas are much nicer to raise than Runners, Campbells or Welsh Harlequins that go bonkers and ball up in corners at the slightest disturbance and fight a lot.  Anconas dog break very quickly and work wonderfully.  Anconas are fast learners.  I've kept several breeds of duck.  Without question, Anconas are my favorite.  Great temperament and flashy, highly variable colors/pattern.  And for those that care about good foraging behavior, high egg production, and a tasty carcass, there's that too.